Neonatal surgery differs dramatically from adult surgery. Pediatric surgery requires greater delicacy, precision and faster response, all due to the still forming human body. Many times surgery must take place immediately after birth, where every minute is at a premium.

Why am I bringing up this seemingly far from deeptech topic? Because 3D printing is also a real help for newborns. How is this possible? You will find out in the following case study!

In February 2022, we printed a pre-operative skull model of a newborn baby. With an urgent order and a 3D-printed model ready to go, we were approached by Pawel Ozga – a specialist in medical imaging segmentation and a volunteer of the e-Nable Poland foundation led by doctor Krzysztof Grandys.

The girl who came into the world did not have a formed occipital bone, which was associated with the fact that the brain tissue was partially exposed. The defect was not diagnosed during pregnancy. The baby was born in Rzeszow, and immediately after birth, was transported to the University Children’s Hospital in Krakow to the Neonatal Pathology and Intensive Care Unit, where detailed diagnostics were performed. The time after delivery was crucial here. At the same time, a center was sought that would agree to provide specialized treatment for the defect. Professor Lukasz Krakowczyk of the Oncology Center in Gliwice undertook this task. One of the elements of preparation for the operation was the making of a physical model of the child’s skull on a 1:1 scale. The doctors were looking for a contractor who, like them, would be ready to act promptly. The team of the e-Nable Poland Foundation: Krzysztof Grandys and Paweł Ozga, as well as the Sygnis SA company, rose to the challenge.

The e-Nable Poland Foundation, which has long cooperated with the Children’s University Hospital in Krakow in such problems, helped prepare the virtual model. Pawel Ozga was in charge of medical imaging segmentation and the process of preparing the 3D model necessary for printing. The model was prepared on the basis of medical imaging MRI (magnetic resonance imaging) and CT (computed tomography) using certified software dedicated to such activities.

Once the diagnosis was completed, the child was transported to the Upper Silesian Children’s Health Center in Katowice for surgical treatment.

Thanks to the cooperation of all parties, a pre-operative 3D printout of the newborn’s skull was created in record time, based on which doctors were able to predict the conditions during the baby’s surgery.

That’s exactly how much time was left before the operation when we received the call for help. Sygnis SA’s response, as usual, was immediate. Time in this case was the most important factor in determining the success of both the preparation for surgery and the surgical procedure itself.

The same day, after receiving the appropriate file, our engineers began the process of 3D printing the newborn’s skull model in two different technologies. Why did we start simultaneously with two different technologies? We couldn’t afford any risk of failure, and we wanted to provide the doctors with the widest possible options when preparing for such a delicate operation.

With all the implementation we closed in 26. hours. After that time, the 3D prints were already in transit to the hospital. Both SLS and SLA technology are characterized by high precision and detail, which is essential for anatomical models.

The choice of resin technology (SLA) on the FlashForge Foto 8.9s 3D printer was for the purpose of quickly obtaining an overview print for evaluation by specialists before printing with SLS technology.

The Sygnis Flashforge Foto 8.9s 3D printer is a new high-performance resin printer. With its innovative use of a parallel UV light source, a 4K monochrome LCD matrix and very high build quality, the Foto 8.9s outperforms other resin printers in its class.

The accuracy of the 0.05mm layer print and the speed (8h) allowed us to quickly check the model and confirm that it was a faithful representation of the imaging. At the same time, the more accurate resin print was an ideal complement to another, more robust 3D print from SLS powder technology. After the resin printing process, the support material needed to print complex geometries had to be removed.

We chose SLS technology and polyamide (PA12) printing to 3D print the model for preoperative surgical exercises. The powder technology allows 3D printing without the use of support structures, which in turn allows perfect reproduction of geometrically very complex bone structures. Polyamide (PA12), on the other hand, is a mechanically strong material, so we knew it would not be damaged by contact with surgical instruments during preoperative testing. The model was printed to an accuracy of 0.125 mm (in the Z axis). As a result, we were able to maintain high dimensional accuracy and rendering of anatomical details while maintaining a relatively short printing time. After the printing process was completed, the SLS print went through the process of proper cleaning from uncooked powder and sandblasting.

The device used for the Sinterit Lisa Pro. A reliable printer made by a Polish manufacturer with the highest quality components, it is great for designers, engineers, entrepreneurs and students. It has a sizable printing area – 110 x 160 x 245 mm, and gives you a wider choice of materials from which to print. The Sinterit Lisa Pro 3D printer gives you the ability to create various types of mechanical functional prototypes as well as create finished spatial objects that are characterized by high strength and incredible detail.

On February 28, we received information that the operation was successful and the patient was discharged from the hospital. The 3D printouts went to the archive of the surgical case and are part of the doctor’s work and practice in similar cases. Prof. Lukasz Krakowczyk, MD (the surgeon in charge of the operation), after the successful collaboration, emphasized that “the imaging studies were useful for determining the skull bone defect. However, they did not perfectly coincide with the skin defect, which is why printing the model was so important. 3D printing will also be essential at the stage of reconstruction of the skull bone defect, when the need for perfect alignment and planning of the bone reconstruction will occur.”

The girl faces several more treatments in the future. The bones of the child’s skull are evolving and undergoing constant changes, so we can’t talk about the final result here.

As Sygnis SA, we take special care to participate in projects that involve real help in saving lives. A few months after the successful cooperation with the Katowice hospital, we made another preoperative model, this time it was the spine of a several-year-old child with meningo-spinal hernia and scoliosis of a very significant degree. Due to the detail and strength of the material, we used SLS technology exclusively. The use of resin printing in this case, with supports removed one by one, could have disturbed the expected effect of precisely visualizing all pathological changes.

3D printing in medicine is:

Participating in the Project were:

Dr. Eng. Krzysztof Grandys – founder of the e-Nable Poland Foundation and anesthesiologist at the University Children’s Hospital in Krakow.

Paweł Ozga – a full-time employee of the Faculty of Interior Design at the Academy of Fine Arts in Cracow, and an employee of the Jagiellonian University Medical College as a specialist in medical imaging segmentation.

Foundation e-Nable Poland – a foundation focused primarily on helping children with congenital or acquired as a result of trauma defects of the upper limb. The foundation helps in an open – source form by working with volunteers who can help create prostheses using publicly available tools such as 3D printers. The Foundation does not refuse other forms of assistance in situations where they see that their facilities will be able to save lives, which was the case with the aforementioned little patient from Krakow.

SYGNIS SA – Sygnis SA is a Polish deeptech company implementing hardware R&D projects in four main business segments: new additive technologies, energy, biotechnology and nanotechnology. We set in motion breakthrough ideas that have the potential to change the world for the better. 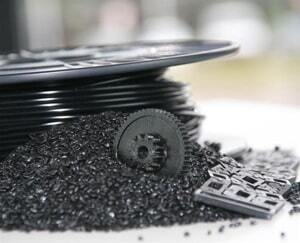 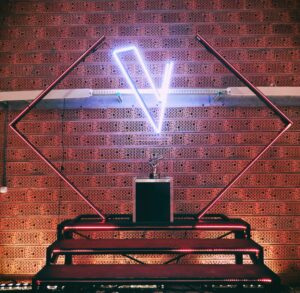 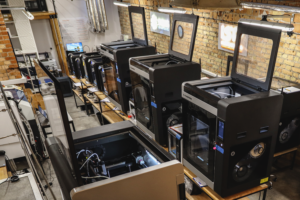