Soon we will be the largest Polish 3D printing company in terms of employees and revenue!

As of July 29, 2022 (because that’s when we formally finalized the acquisition), we can talk about the formation of the Sygnis Group, which includes various brands, companies and spin-offs! For those who don’t yet recognize Zmorph, it is a Wroclaw-based brand that produces 3D printers distributed worldwide. Zmorph grew from a small startup to become a big player in the international market after only a few years. The dynamics of development has already brought together around 50 specialists and engineers. They offer one of the best multifunction printers in the world – ZMorph FAB.

Recently, ZMorph expanded its offerings to include an industrial printer, which, thanks to its innovative solutions, is now a serious competitor to the largest manufacturers in the additive technology industry.

What does Grzegorz say about the integration of ZMorph SA into Sygnis?

Grzegorz Kaszynski: “I am very proud that we were able to add ZMorph to the Sygnis Group. It is one of the most important brands on the Polish 3D printing market and, above all, very recognizable worldwide. ZMorph’s unique design and emphasis on quality, combined with Sygnis’ R&D strength, will certainly quickly result in new solutions for the company’s offerings. We are joining at a pivotal moment, with the i500 printer ZMorph is becoming an important player in the professional printer market, especially those targeted at professional SME’s. We have diagnosed sales areas that have untapped potential. We aim to make ZMorph synonymous with a premium European brand for 3D printing.”

ZMorph SA is one of the largest and longest-established Polish manufacturers of 3D printers. It has been successfully operating since 2012, providing reliable solutions for education and industrial applications. ZMorph SA’s 3D printers are primarily premium devices, guaranteeing the customer durability and performance, but also unique design at the highest level.

ZMorph SA products are available globally through an official network of partners on all continents. The devices are very popular especially in the US market, meeting the exorbitant expectations of customers.

Our strategic plans were bold and assumed unbelievably rapid growth. It turned out that reality intimidated even the most daring assumptions! How does the President of Sygnis SA comment on the whole matter?

Andrzej Burgs: “In its strategy, Sygnis planned to create the Sygnis Group, which will include, among other things, a company that is a manufacturer of 3D printing machines. The initial assumptions included a lead time of 2 years. At this point, the opportunity to acquire ZMorph causes us to achieve this strategic goal right now. The effect of this synergy will most likely be visible by the end of this year, forming an important part of the company’s strategy. The products developed at Sygnis may become an important element in the further development of the newly acquired company and may be transferred to ZMorph in the future. In addition, thanks to the new location in Lower Silesia, we can expand our recruitment field by starting cooperation with various talented people in the region. By investing in ZMorph as the Sygnis Group, we are becoming the largest 3D printing entity in Poland, and our aspirations, of course, go even further.”

And this is just the beginning… 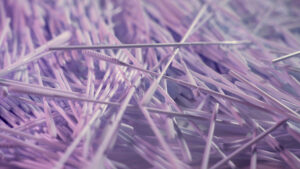 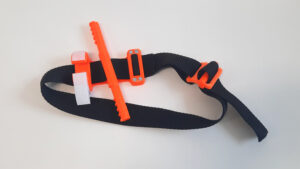 New Technologies
Bio Technologies
Nano Technologies
Knowledge has Layers™
Syglass_01
Mode 360
We use cookies on our website to give you the most relevant experience by remembering your preferences and repeat visits. By clicking “Accept All”, you consent to the use of ALL the cookies. However, you may visit "Cookie Settings" to provide a controlled consent.
Cookie SettingsAccept All
Manage consent